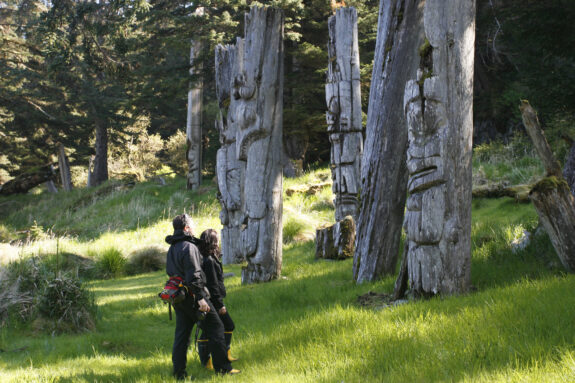 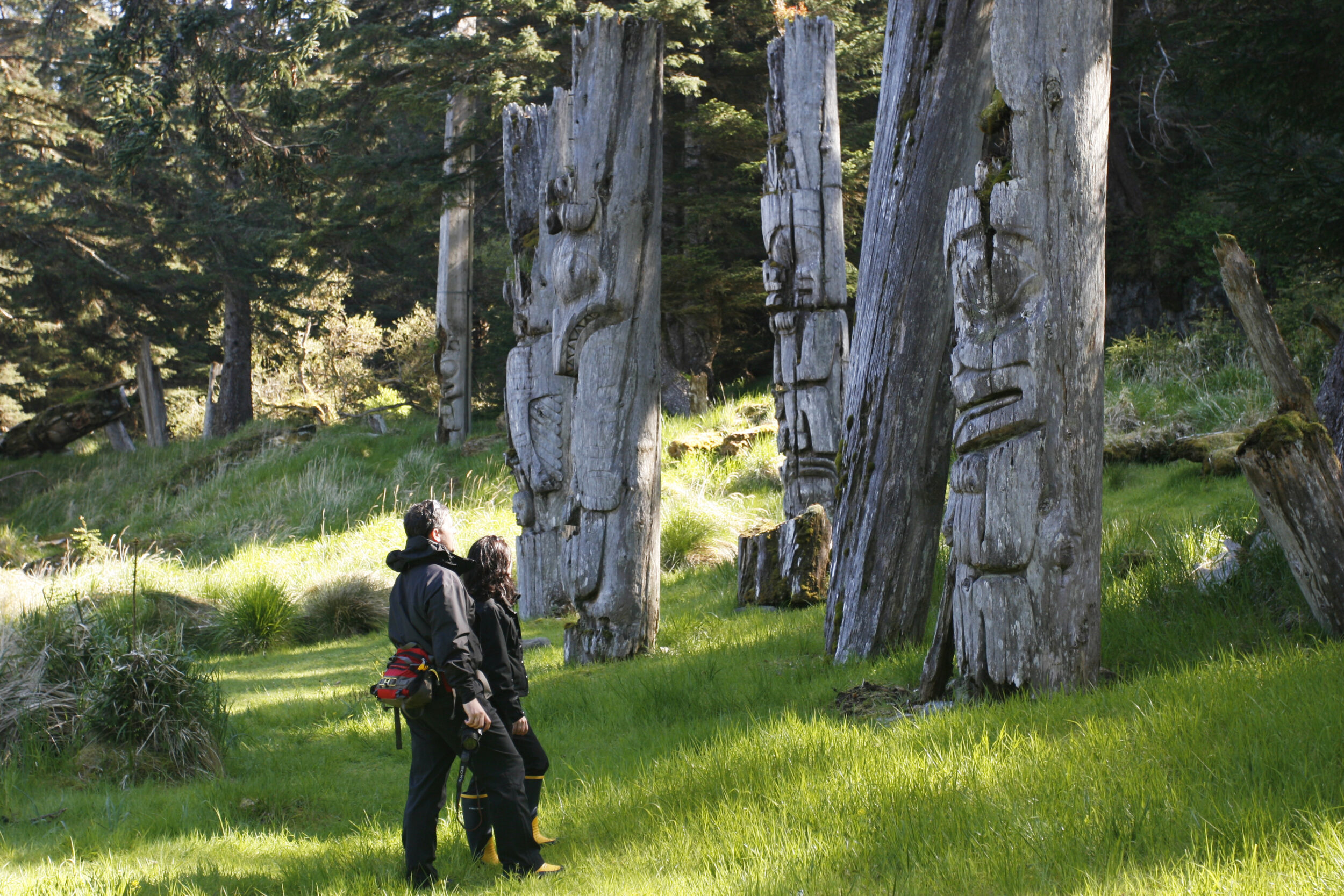 Canadian Geographic Adventures engages with Canadian people, places, frontiers and conversations that are meaningful and connect us with learning and a sense of our place in the world.

Discovering and exploring are key pillars of the Royal Canadian Geographical Society, as demonstrated through our support for young explorers and strong partnerships with like-minded national and international organizations. Over the years, the Society has collaborated with a variety of travel partners in efforts to bring experiences off the pages of Canadian Geographic magazine and into the field through Ambassador-led, custom-curated travel experiences. We invite you to join us on a Canadian Geographic Adventure.

Travelling with purpose and driven by curiosity, guests support local economies, learn and become part of a sustainable travel experience and build memories to last a lifetime — all while supporting trusted Canadian travel operators and the Royal Canadian Geographical Society through every booking.

We are proud to answer the call of Canadians and their interest in learning about, appreciating and becoming part of the cycle of regenerative tourism. We continue our mandate to make Canada better known to Canadians and to the world, both at home and in the field, providing opportunities for our readers, members and friends to connect with the stories they read about and build real life memories. A portion of every Canadian Geographic Adventure booked goes directly back into supporting important Canadian Geographic and RCGS programming.

Travelling with purpose has never been so rewarding.

Here are just a few of the Ambassadors who will join travellers on Canadian Geographic Adventures:

Meet all the RCGS Travel Ambassadors 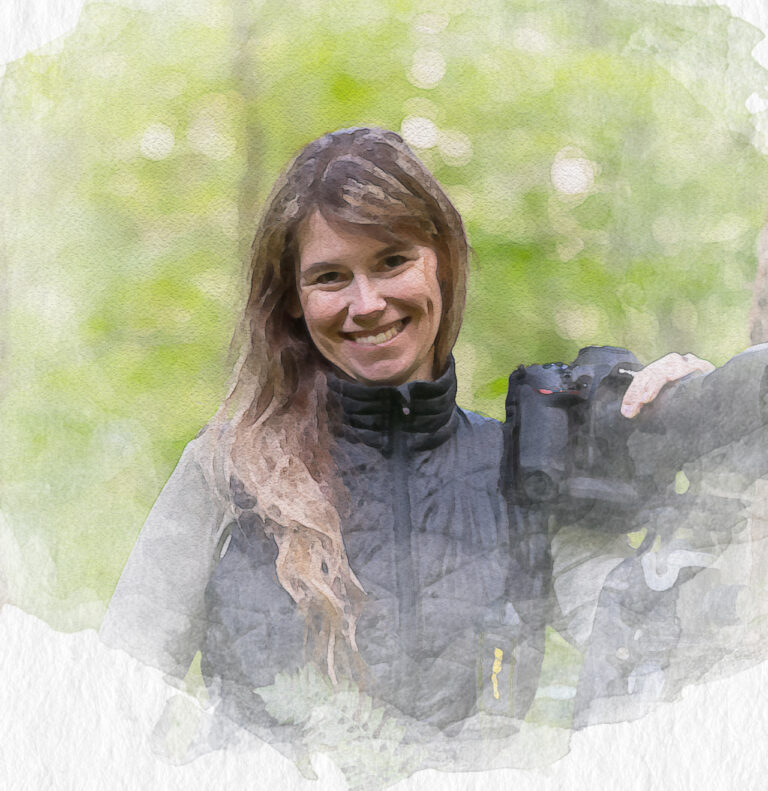 Daisy Gilardini is a conservation photographer who specializes in the polar regions, with a particular emphasis on Antarctic wildlife and North American bears. Originally from Switzerland, she is now based in Vancouver.

Daisy fell in love with Antarctica during her first trip there in 1997. She has since devoted most of her time to photographing the polar regions. In two decades of polar exploration, she has joined more than 90 expeditions to Antarctica and the Arctic. Among her accomplishments, she has skied the final degree to the North Pole.

She is a member of the International League of Conservation Photographers (ILCP) and the SeaLegacy Collective, a Fellow of the New York City-based Explorers Club, and a Fellow of the Royal Canadian Geographical Society.

Daisy’s images have been published internationally in leading magazines such as National Geographic, BBC Wildlife, Canadian Geographic, Nature’s Best and Outdoor Photography. Her images have also been used by high-profile NGOs such as Greenpeace and the World Wildlife Fund, among others. Since 2018, she has been a Photographer-in-Residence with Canadian Geographic and she has been nominated Greenpeace Antarctic Ambassador.

Her childhood passion for the natural world has evolved into a lifelong commitment to spread the message of conservation and the need to preserve the world’s remaining wild places. 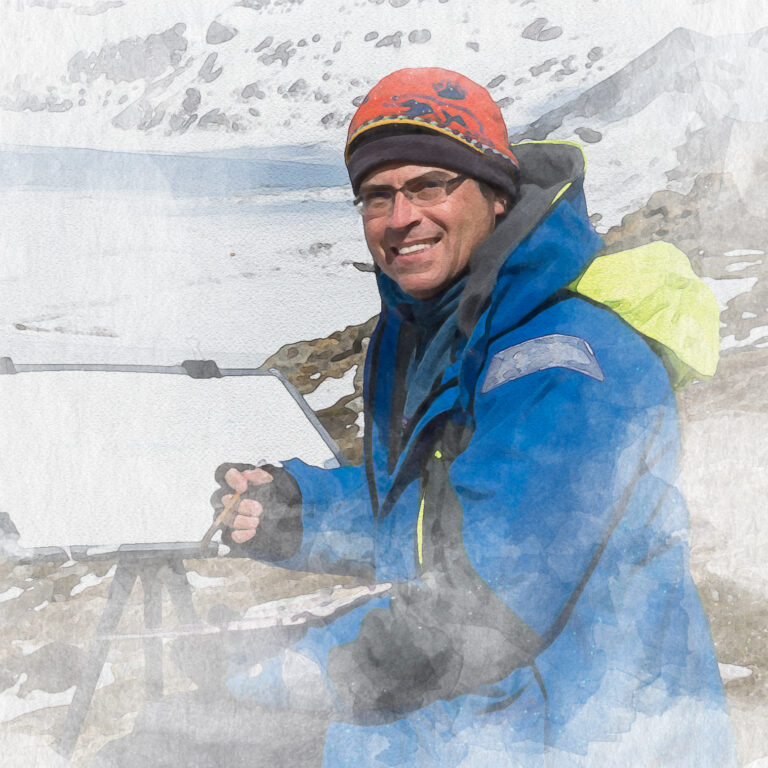 For the past 30 years, Canadian artist David McEown has used the medium of watercolour to explore and reflect many of Earth’s wilderness areas, from Antarctica to the North Pole. His paintings are represented in collections worldwide.

David is a graduate of the Ontario College of Art and Design, and is an elected member of the Canadian Society of Painters in Water Colour. The Society awarded him its prestigious A. J.  Casson Medal in 2005, and again in 2018.

David is a Fellow of the Royal Canadian Geographical Society and of the Explorers Club, a world-renowned multidisciplinary professional society based in New York City.

A sought-after teacher, David has hosted multimedia presentations and conducted workshops for various art societies and museums around the world, with a mind to share his reverence for nature and passion for the creative art of painting. 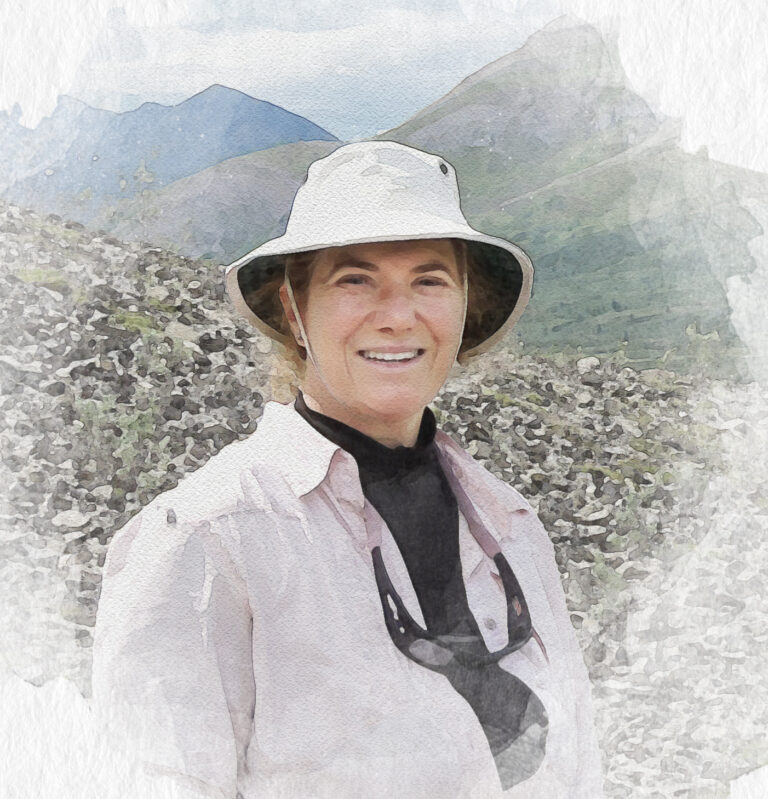 Marlis Butcher is an environmental conservationist, author, and photographer. She is a Fellow of the Royal Canadian Geographical Society and of the Explorers Club. Based in Ontario, Marlis volunteers on the board of directors of the Royal Botanical Gardens, and has served on the board of the Bruce Trail Conservancy protecting the Niagara Escarpment, a UNESCO World Biosphere Reserve. She’s a canoeist, kayaker, hiker, cyclist, Nordic skier, world traveller, and a “park bagger.”

Marlis is obsessed with visiting — a.k.a. “bagging” — all the national parks of Canada, and learning about her country. In 2019 she became the first person to visit all 47 Canadian parks. To inspire others to get to know Canada’s parks, Marlis shares her experiences in her book Park Bagger: Adventures in the Canadian National Parks, published in 2021.