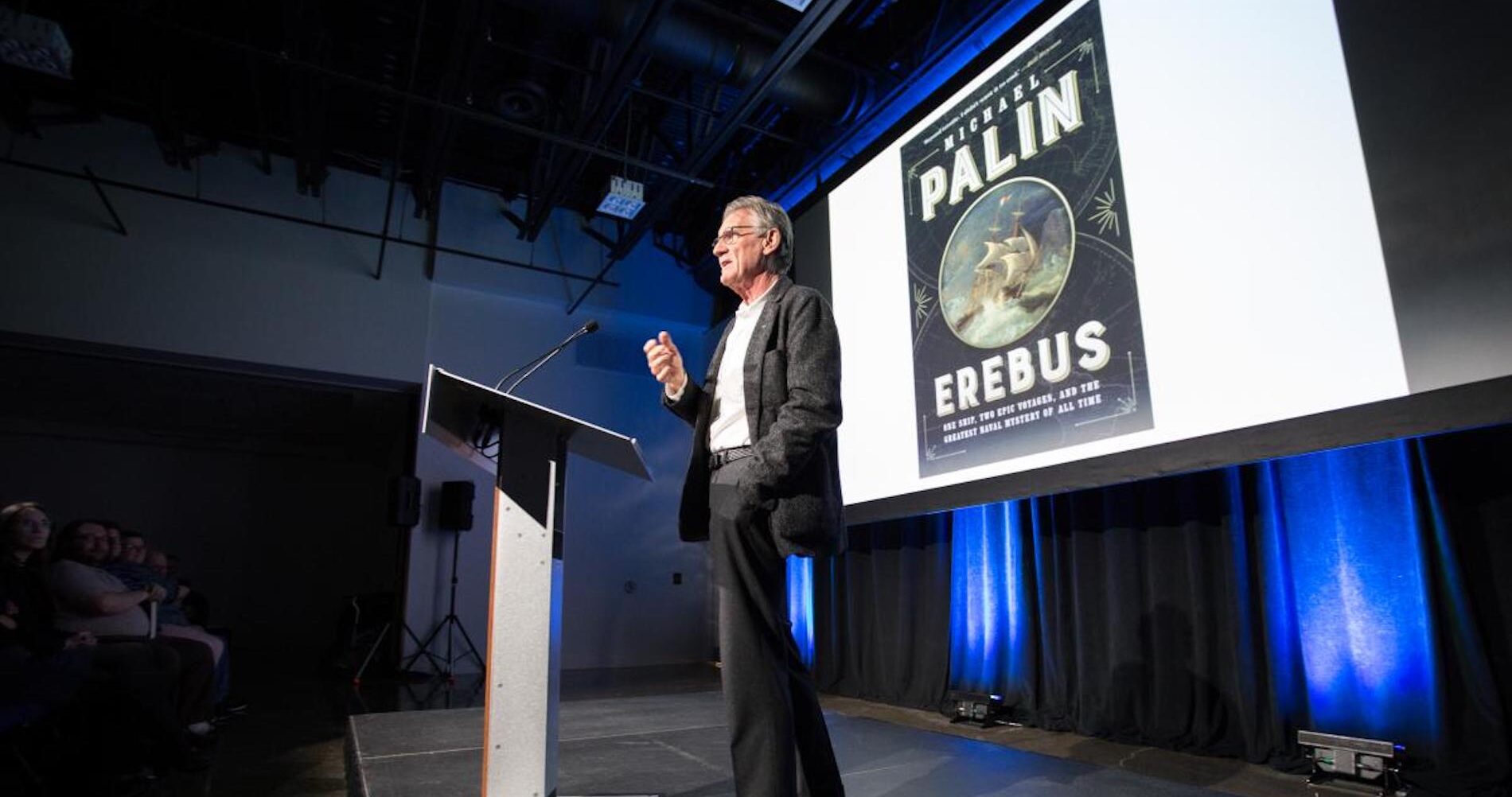 Can Geo Talks are BACK, live and in-person!

September 2022 is Polar Month at Canadian Geographic, with four fascinating talks scheduled throughout the month, all on the theme of polar science, exploration and culture. Check out the full lineup below and reserve your tickets now. We can’t wait to welcome you back to Canada’s Centre for Geography and Exploration!

In 2020, the Royal Canadian Geographical Society received a significant artifact in the form of the last dog sled used in the Antarctic. The sled is an important link between Canada and the Antarctic research carried out by Britain. In 1945, the first sled dogs were taken from Labrador to the Antarctic to join the Falkland Islands Dependencies Survey, which would later become the British Antarctic Survey (BAS). Until 1974, the dogs were essential to the conduct of survey and scientific work undertaken by Britain in the Antarctic. After their replacement by skidoos for scientific work, the dogs were retained at the British base at Rothera and used primarily for recreational journeys. However, in 1994, under the Antarctic Treaty it was deemed that the dogs, as an alien species, should be removed from the Antarctic. After much consideration, it was decided that the last dog team should be taken back to their ancestral homeland and donated to an Inuit community whose dogs had been culled, in the process losing a link to a traditional way of life. In 1994, the last team left the Antarctic and after many adventures, arrived in Inukjuak in Nunavik to a warm welcome from the community. This evening, we will tell the story of the BAS dogs, their origins and their work in the Antarctic, their relocation to Nunavik and the legacy of that relocation.

Kenn Harper on Knud Rasmussen and the Fifth Thule Expedition

Greenlanders have always been interested in the Akilinermiut — “the people on the other side of the water” — and Knud Rasmussen was no exception. Throughout the early 1900s, he held fast to a dream: to visit the most isolated Inuit in North America and document their beliefs and experiences before their lives were irrevocably changed by an influx of missionaries, traders and adventurers. In 1921, accompanied by four Danes, one Kalaaleq (West Greenlander) and six Inughuit, he embarked on the Fifth Thule Expedition, a three-year ethnographic expedition that culminated in an epic journey by dogsled across the top of North America, from Danish Island, Nunavut to East Cape, Siberia. In this fascinating talk celebrating the centennial of the expedition, author Kenn Harper explores Rasmussen’s remarkable achievement and its enduring legacy.

In the unprecedented collapse of the once massive George River Caribou Herd – and a subsequent total hunting ban – Inuit in Labrador, Canada, were abruptly confronted with a new reality: life without a fundamental source of food, culture, and wellbeing. HERD tells the story of the social, emotional, and cultural disruptions from cascading ecological change through the voices and lived experiences of people deeply connected to the caribou. The film, which was developed over four years of intimate collaboration between the filmmaker and communities, cinematically explores an array of lived experiences, from youth to Elders, hunters to cooks, to ensure the stories of those living on the frontlines of this ecological crisis are HERD. It is a portrait of the deep interconnections that exist between humans and non-humans, a glimpse of heartbreaking loss and pain felt by entire communities, and an unforgettable and lasting testament of cultural endurance, hope, and resilience in the context of ecological uncertainty. Following a screening of the film, director David Borish and co-collaborators will share insights into the making of the film and take questions from the audience.

Note: This event is FREE, but pre-registration is required

May We Be Spared to Meet on Earth: New insights into the lost Franklin Expedition

Sir John Franklin’s lost Arctic expedition remains a subject of fascination and debate even now, 177 years after the men were last seen by Europeans. Franklin expert Russell Potter and co-editors Peter Carney and Mary Williamson share insights from their new book, May We Be Spared to Meet on Earth, a collection of the private correspondence of the officers and sailors who set out in May 1845 on HMS Erebus and Terror. The book is a privileged glimpse into the lives of these men and their correspondents, allowing the reader to experience their excitement and anticipation, their foolhardiness, and their fears. Historian and archaeologist Matthew Betts will also present a new look at the ill-fated expedition through the lens of its technology: namely, the design, modification, and fitting of HMS Terror, one of the world’s most successful polar exploration vessels. Don’t miss this exciting evening of discussion on an enduring polar mystery.

Check out our virtual Can Geo Talks series