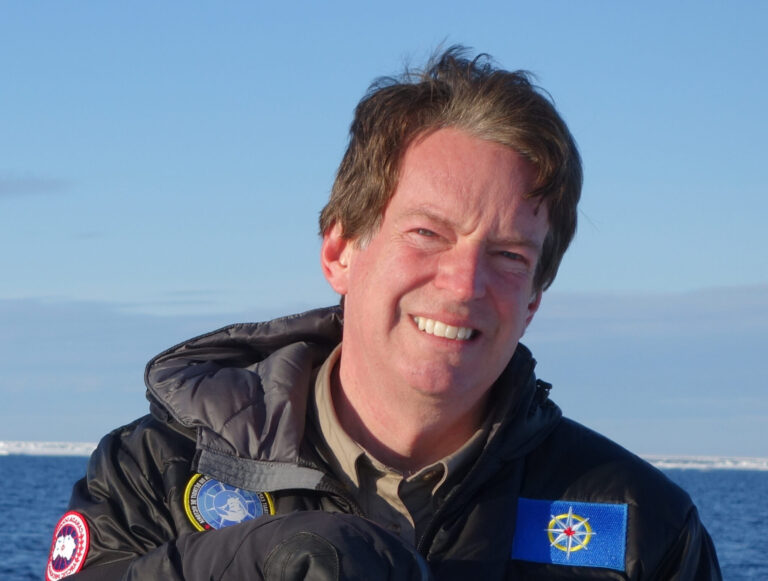 “We are the ground zero for geography and exploration in Canada.”

Prior to that, he served on the Society’s Board of Governors for 8 years, culminating with his election as its 13th President in 2010.

As CEO, John leads the organization, overseeing all operations and, in conjunction with the Board, provides strategic direction. He is the internationally bestselling author of seven books, including Frozen In Time: The Fate of the Franklin Expedition, The Third Man Factor: Surviving the Impossible, and Chapel of Extreme Experience: A Short History of Stroboscopic Light and the Dream Machine. William S. Burroughs called him “a fellow writer of exploration literature.” His work has been translated into fourteen languages.

John has lectured widely, including at the Bristol Festival of Ideas, Edinburgh Book Festival, IdeaCity, Canada Club, London, Sonic Acts, Amsterdam, Mystic Seaport Museum, Explorers Club, N.Y. and Wellcome Centre for the History of Medicine, University College, London. In 2014, he presented the Roald Amundsen Memorial Lecture, Fram Museum, Oslo. He has appeared on many television and radio programs, and has been featured in major documentary films including ‘Arctic Ghost Ship’ on PBS Nova, ‘The Angel Effect’ on National Geographic Channel’s Explorer, and ‘Flicker’ on Bravo. John graduated in history from the University of Alberta, and is a Senior Fellow at Massey College, Toronto. He holds a Doctor of Laws honoris causa from the University of Calgary. John Geiger sits on the Advisory Board of the Bay Ecotarium in San Francisco, the National Advisory Council of The Walrus Foundation and is a National Champion of the Trans Canada Trail. He is the former chair of the Editorial Board of The Globe and Mail. In 2015 John received the Polar Medal.

In 2018 he was made Honorary Fellow of the Royal Scottish Geographical Society and Honorary Member of the James Caird Society. In 2021, Geiger was awarded with the Order of Canada.