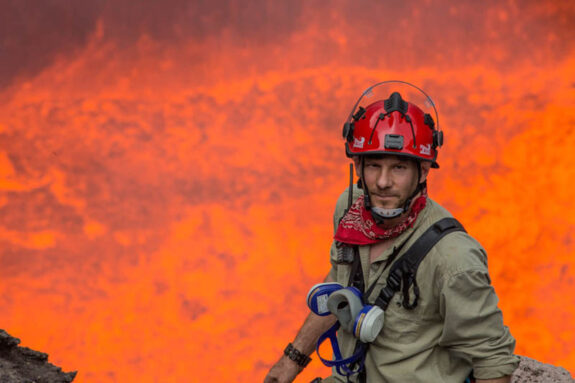 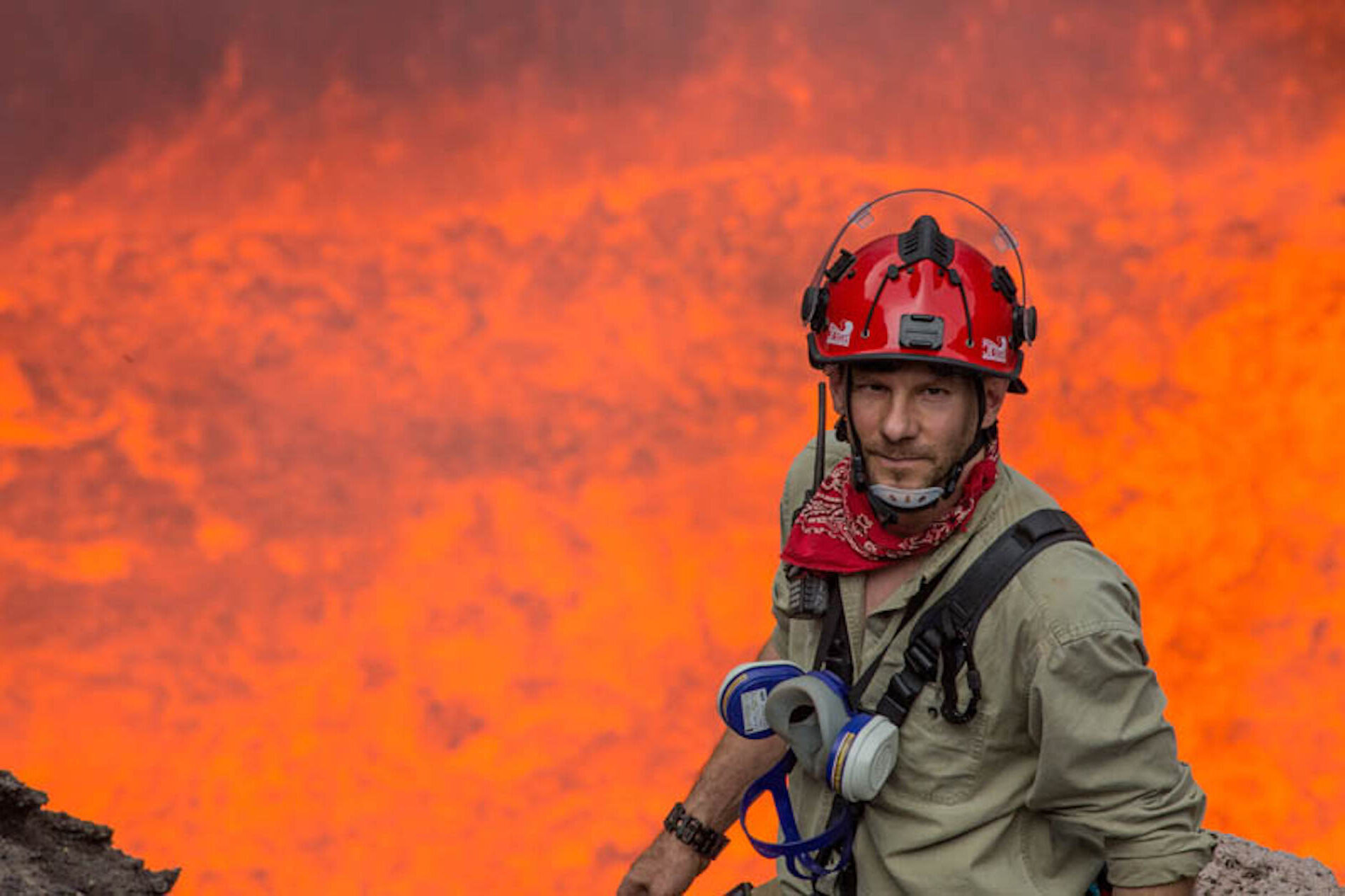 George Kourounis is an award-winning broadcaster and internationally-regarded expert on natural disasters.

One of the world’s most intrepid and best-known storm chasers, Kourounis’ 20-year career has taken him to 65 countries and every continent to document nature’s extremes, including Tornado Alley in the U.S. and the Danakil Depression in the Ethiopian desert — one of the hottest and harshest climates on Earth.

Kourounis’ work has appeared on Discovery Channel, National Geographic Explorer, BBC-TV and CNN. His adventure TV program Angry Planet premiered in 2007 and has been broadcast in more than 100 countries. Most recently, in August 2018, Kourounis carried the flag of The Royal Canadian Geographical Society into the active Marum volcano crater on Ambrym Island, Vanuatu. The island is home to one of the world’s seven permanent lava lakes.

In May 2018, Kourounis was named a Guinness World Record holder for being the first person to reach the bottom of the 69-metre-deep Darvaza gas crater in Turkmenistan in 2013. He is also a fellow of The Royal Geographical Society (U.K.) and chair of The Explorers Club Canadian Chapter. Through documenting nature’s extremes, Kourounis hopes to encourage people to step out of their comfort zones and explore nature.