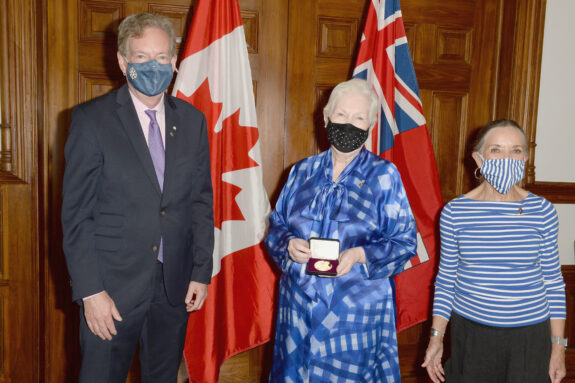 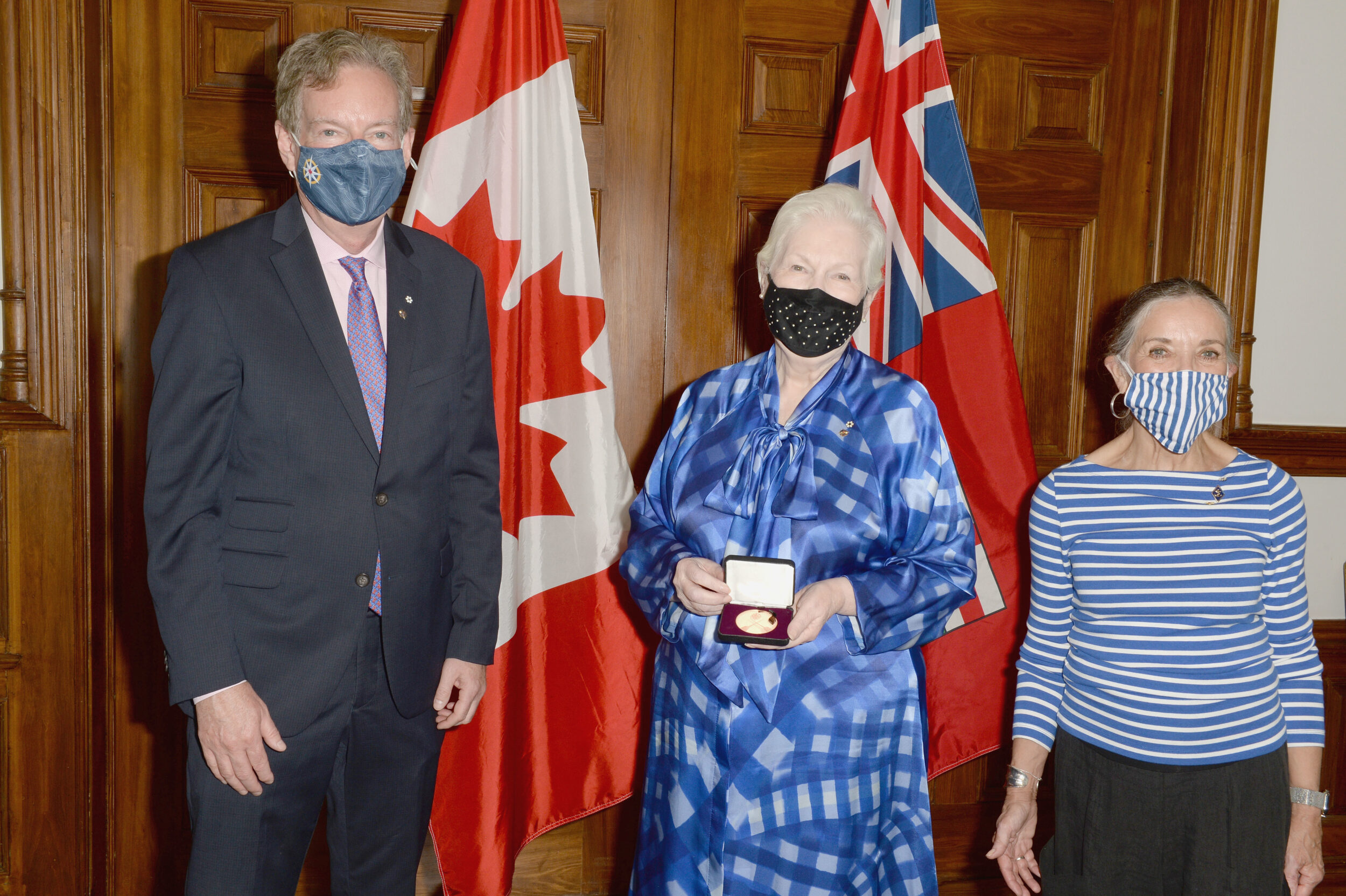 In recent weeks, the Royal Canadian Geographical Society honoured two separate individuals with its Louie Kamookak Medal, named for the Inuit historian and educator and recognizing a person or organization that has made Canada’s geography better known to Canadians and to the world.

On July 29, 2021, the Society presented the medal to the Honourable Elizabeth Dowdeswell, 29th Lieutenant Governor of Ontario, at Queen’s Park in Toronto. Society Vice-President Wendy Cecil, Treasurer John Hovland and Governor Janis Peleshok joined Society CEO John Geiger for the presentation at Her Honour’s office at the Legislative Assembly of Ontario.

Dowdeswell is an Officer of the Orders of Canada and Ontario, holds 11 honorary doctorates, and has represented Canada internationally as Under-Secretary-General of the United Nations and Executive Director of the United Nations Environment Programme. She was also the founding president and CEO of the Nuclear Waste Management Program and the president and CEO of the Council of Canadian Academies among numerous other accomplishments.

“The Society is proud to award the Louie Kamookak Medal to Her Honour for her contributions to Canada and for her steadfast support of the Society, of which she is a valued Fellow,” said John Geiger, RCGS CEO.

The Kamookak Medal is named for the Inuit historian and educator and recognizes a person or organization that has made Canada’s geography better known to Canadians and to the world.

Dowdeswell, who has attended numerous Society events and has presided over the presentation of numerous Society medals herself, was characteristically gracious in accepting the honour, sharing her response via Twitter.

It is with gratitude and humility that I accept the Louie Kamookak Medal, given in the name of a most respected and resilient Inuit oral historian and educator. May the work of @RCGS_SGRC continue to serve as North Stars through their science, research and support. pic.twitter.com/87PgBfMwQC

Voyer, best known for his rural landscape paintings, has works in the National Gallery of Canada, the Canadian Council Art Bank and numerous corporate collections. An independent group of art historians and artists in Alberta selected him as one of the top 10 “artists of the century.” He co-founded Edmonton’s first artist-run gallery, was a leading force in Alberta’s provincial art collection and was a founding member and the inaugural president the Canadian Artists Representation.

“I think this is very fitting recognition of Voyer’s remarkable career,” said Geiger. “It is hard to imagine anyone viewing his paintings and not taking from that experience a profound sense of knowing that special part of Canada.”