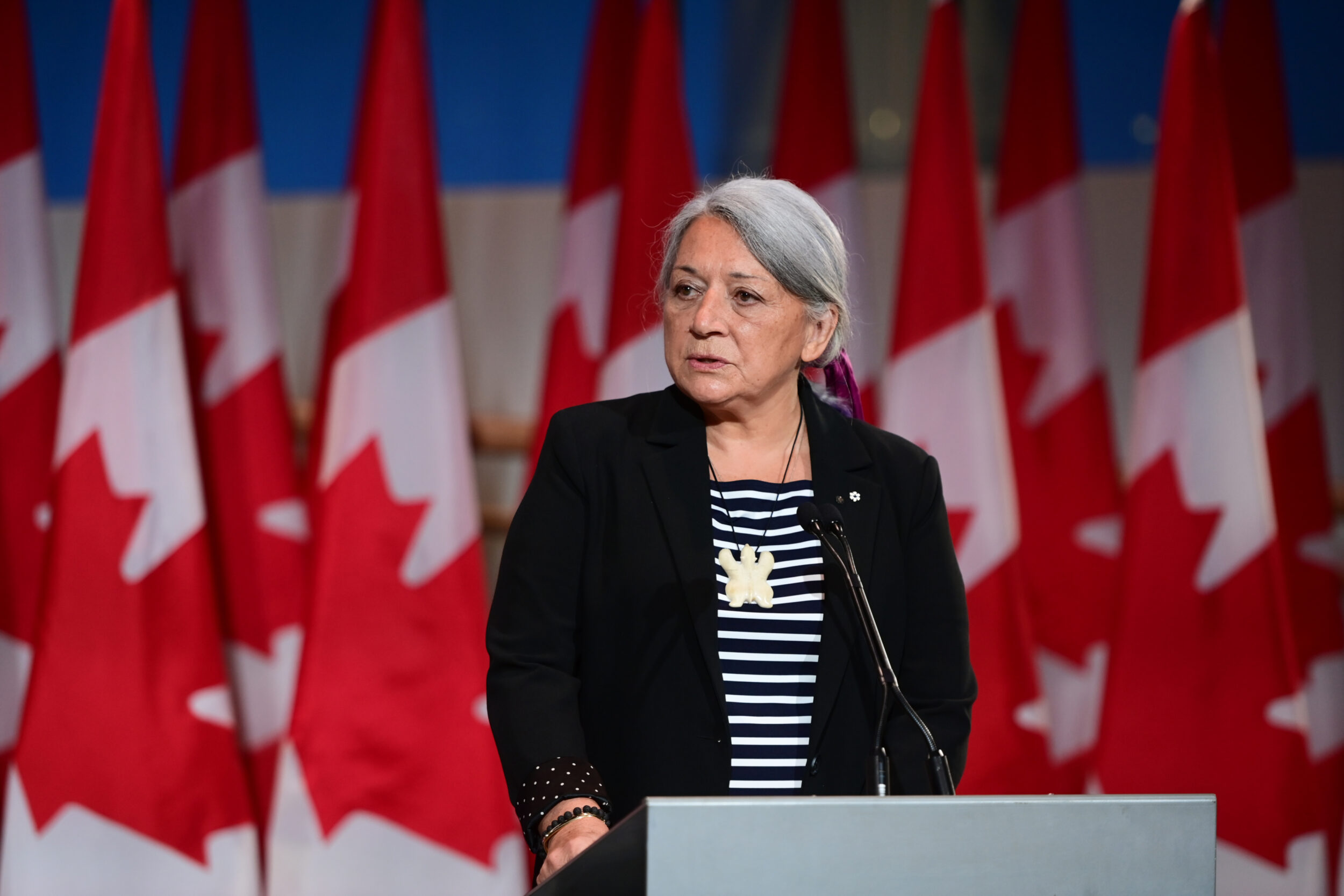 Mary Simon, an Inuk leader and former Canadian diplomat, has been named Canada's Governor General. She spoke about her new role during the press conference at the Canadian Museum of History. (Photo: THE CANADIAN PRESS/Sean Kilpatrick)

Simon becomes the first Indigenous person to assume the role

Mary Simon, an Inuk leader, is the country’s first Indigenous Governor General. She spoke in both Inuktitut and English during the press conference announcing her appointment.

“Let me convey in the strongest possible terms that I am honoured, humbled and ready to be Canada’s first Indigenous Governor General,” said Simon. “I can confidently say that my appointment is a historic and inspirational moment for Canada.”

Born in 1947 in Kangiqsualujjuaq, Nunavik [northern Quebec], Simon is a former Canadian diplomat and a fellow with the Arctic Institute of North America. Important roles she has held include being Canada’s first Ambassador for Circumpolar Affairs, a lead negotiator for the creation of the Arctic Council and serving as ambassador to Denmark.

Over the past five decades she has served at the helm of a string of Inuit organizations, including Makivik Corporation and the Inuit Circumpolar Conference. She helped implement the James Bay and Northern Quebec Agreement in the late 1970s and was a member of the commission responsible for ushering Nunavut into existence.

The Royal Canadian Geographical Society awarded Simon its Gold Medal in 1998 to recognize her many accomplishments. She is also a Fellow of the Society.

“We are both honoured and excited to have a Fellow of the Society appointed as Governor General,” said RCGS Chief Executive Officer John Geiger. “Her Excellency’s historic appointment will bring unique knowledge and guidance to Canada.”

The Governor General serves as the Crown’s representative in Canada, and although he or she is occasionally called upon to intervene in parliamentary matters, the role is mostly ceremonial, with the Governor General appearing on behalf of the sovereign at official state functions at home and abroad. However, recent appointees to the role have also used it as a platform to advance various social and humanitarian causes.