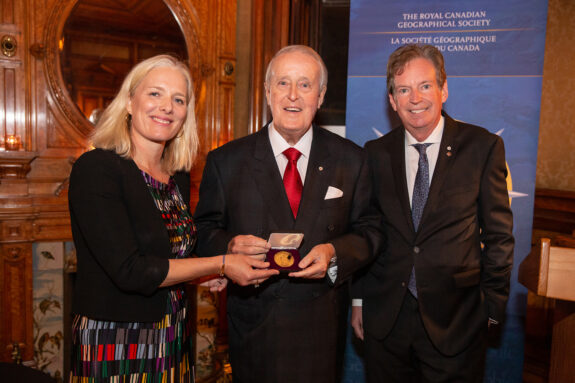 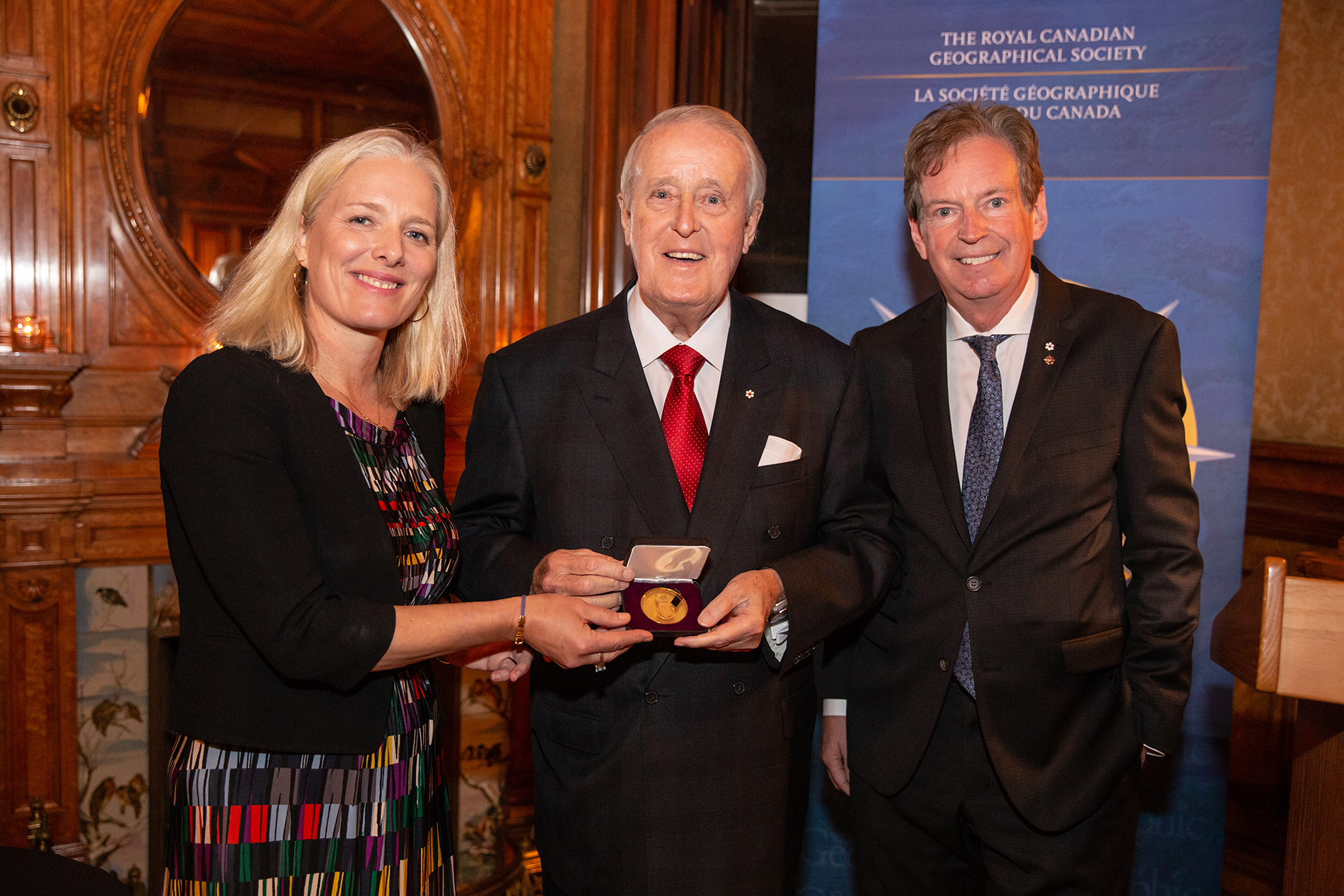 An exclusive group of some two dozen Fellows and donors of the Royal Canadian Geographical Society gathered in Montreal last night to recognize The Right Honourable Brian Mulroney, 18th Prime Minister of Canada, with the organization’s Gold Medal.

Society CEO John Geiger presented the honour, which was bestowed on Mulroney in 2020 but not awarded due to pandemic restrictions on in-person gatherings. The medal recognizes the achievements of an individual or individuals who’ve made a significant contribution to Canada and its geography.

“Serving as Prime Minister for nearly a decade is, in and of itself, a qualifying achievement for this recognition,” said Geiger during the event, which was held at Montreal’s upscale Bar George. “However, your incredible accomplishments go far beyond simply leading Canada.”

Geiger noted Mulroney won the 1984 election by the largest margin in Canadian history and, when he was re-elected four years later, became the first Prime Minister to win back-to-back mandates in 35 years and the first Conservative to accomplish the feat in a century. He also praised Mulroney’s contributions to international diplomacy, including his service as Co-chairman of the United Nations World Summit for Children and his government’s leading roles in the campaign against apartheid in South Africa, the creation of Le Sommet de la Francophonie, the reunification of Germany and the first Gulf War.

Former Liberal cabinet minister and Honorary Fellow of the Society Catherine McKenna joined Geiger in paying tribute to Mulroney and in presenting him with his Gold Medal, Honorary Fellows certificate and Fellows pin.

Each year, the Society singles out individuals and organizations for their outstanding achievements in the field of geography. Innovators of all kinds — explorers, geographers, researchers and inventors, artists and teachers — have received the Society’s prestigious awards since its first, the Massey Medal, was established in 1959. The Society has honoured the likes of pioneering anthropologist Diamond Jenness, Canadian Arctic explorer Henry Larsen and renowned author Margaret Atwood, among many other Canadian geography luminaries.

The full slate of 2021 award recipients will be announced during the virtual Fellows Show on Nov. 17.