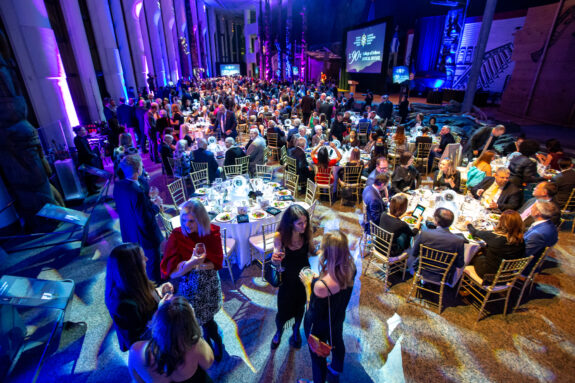 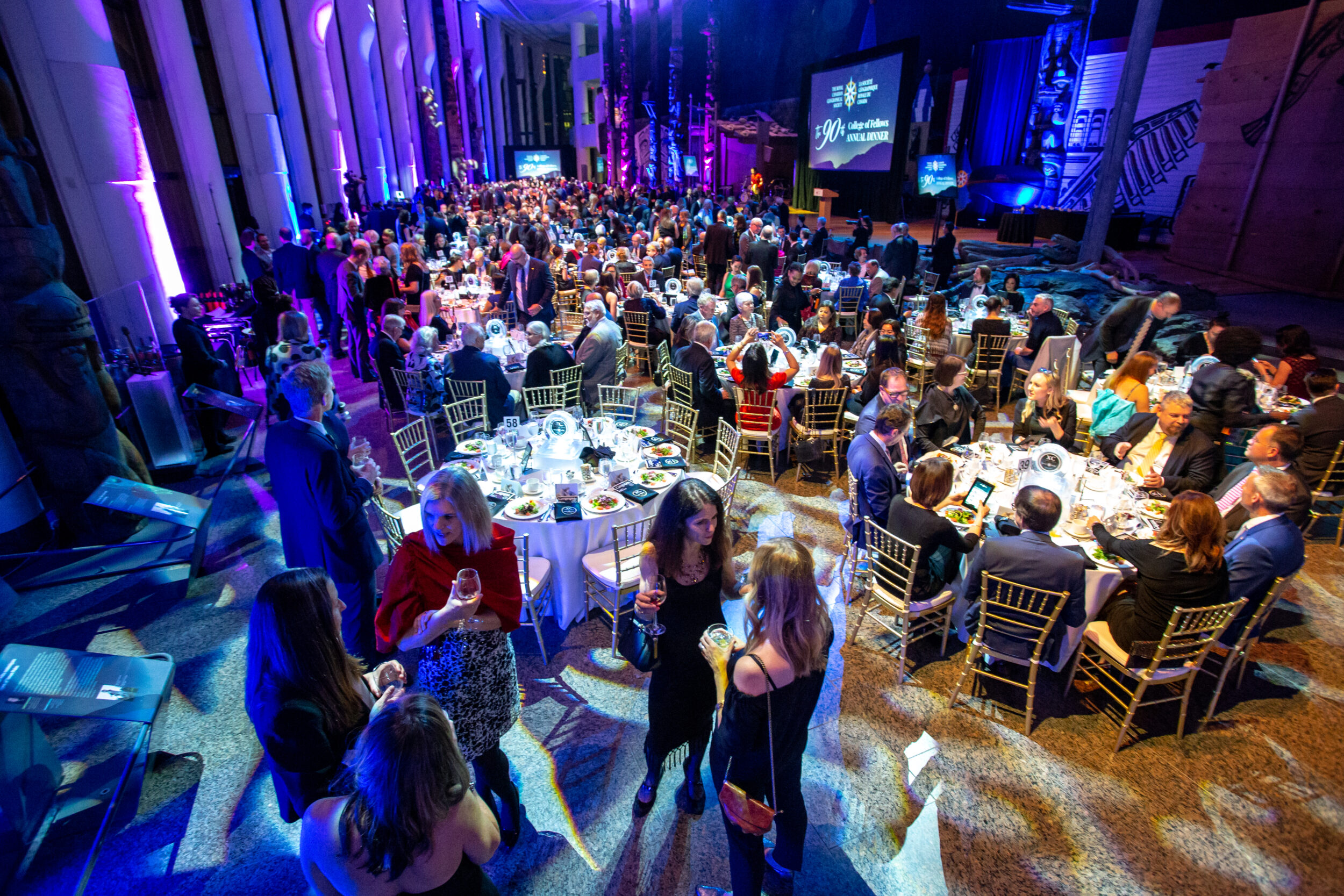 Each year the Royal Canadian Geographical Society hosts the College of Fellows Annual Dinner, its largest fundraising event of the year, to raise critical support for its educational programming initiatives.

We can’t wait to see you again!

The 2022 College of Fellows Annual Dinner will be held in-person at the Canadian War Museum in Ottawa.

During the COVID-19 pandemic, the RCGS celebrated Canadian geography with a virtual variety show, the Fellows Show.

A star-studded gathering of Royal Canadian Geographical Society luminaries convened for the second annual virtual variety show on Nov. 17, 2021. It was fitting that the celebration fell on GIS Day. “Happy Geography Awareness Week, everyone!” said host and Fellow Aliya Jasmine, a Canadian broadcast journalist now working as a host for NBC in Los Angeles.

“While it is unfortunate that we couldn’t see you all in person, we’re certain we’ll all be able to gather in Ottawa in November 2022 for the Society’s biggest gala yet. We have two years to make up for!” said RCGS CEO John Geiger, who joined the show from the headquarters at 50 Sussex Drive, Ottawa, to welcome 74 new members to the College of Fellows.

Louie Kamookak Medal winner Gurdeep Pandher, known as an educator and performer, got the proceedings off to a rousing start with a Bhangra performance from his home near Lake Laberge, Yukon.

One of the highlights of the evening was a discussion between actor and 2018 RCGS medalist Jared Harris and William Shatner, recipient of the Society’s 2021 Gold Medal. Shatner became the oldest person to travel to space when he blasted 100 kilometres into the air aboard the New Shepard space capsule this past October. Upon landing, he described the experience as “profound.”

The event provided the perfect opportunity to introduce Chief Perry Bellegarde, who was appointed Honorary President of the Society a few weeks before the Fellows Show.

Her Royal Highness The Princess Royal recorded her well wishes to the Society, as did classical guitarist Liona Boyd. Guests also learned more about the important Trebek Initiative, which was introduced through a quirky video voiced by actor Stephen Fry. The grant program has already distributed more than $360,000 to emerging Canadian explorers, scientists, photographers, geographers and educators.

The evening also had its sombre moments. The gathering marked an opportunity to acknowledge the decision to rename an award honouring leadership in geographic education in memory of one of its biggest champions.

In person, our College of Fellows Annual Dinner typically attracts about 600 guests. In 2020, our first virtual Fellows Show was made available for free to more than 200,000 social media followers across multiple Canadian Geographic platforms.